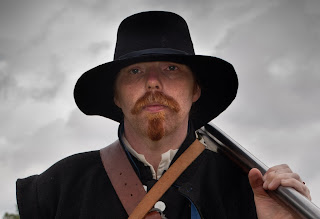 Seemingly the most popular hat in 1640s England was made from felt with a wide brim and a high crown. Most of the images and woodcuts show this kind of hat being worn everywhere and by all walks of life. There were several variants however. The raw material could vary from processed beaver fur, which produced the best quality hats to the waste product from wool broadcloth production. The wool or fur was broken down into its constituent fibres and then felted to produce a kind of fabric version of fibreboard. This was then shaped with steam over wooden blocks and set with glue to produce a stiff hat. The blocks were generally circular rather than oval, so that once they'd been worn for a while the brim would take on the typical curve seen in pictures as the crown became shaped to the head of the wearer.


There are many woodcuts that show a hat with a wide brim and high crown being worn by soldiers and several extant examples in museums so we can be pretty sure that this is a good hat to wear for 17th century use.
Sometimes it seems the brim can be turned or pinned up, possibly to avoid contact with a shouldered weapon. 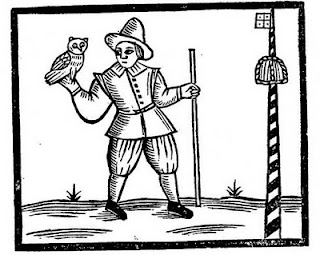 They came in a variety of colours, white, grey and black being mentioned in references and would probably have had a band on the outside. Several images seem to indicate this. 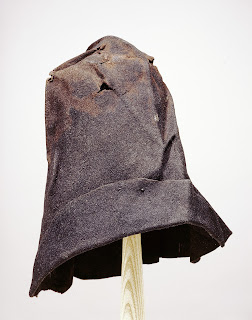 This workman's hat with the brim pinned back is slightly earlier than our period but is a common style. It was found at a dig in Morgans Land Southwark. 'Copyright Museum of London 2011' 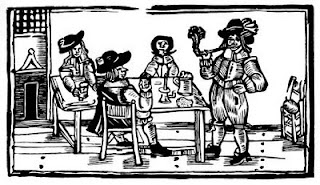 There is no reference to felt hats being an issue item to soldiers, but as they were such a common item we can probably assume that they were worn in the armies.


Photo by John Beardsworth, original hat courtesy of the Museum of London
Posted by The Vicar at 01:18