I wanted to post these two images because they show quite nicely the details of two shirts from the period, something you don't often see in Seventeenth Century portraits. Both paintings are attributed to Thomas de Critz the Flemish artist, sometime between 1648 and 1652, though the dates are uncertain. 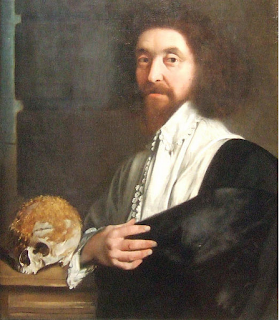 The first shows John indoors, posed beside a skull upon which is a luxuriant growth of moss which was at the time thought of as a particularly effective medicine when powdered up and used for nosebleeds. John was a advocate of skull moss, maybe he grew it in the darker corners of the garden. John was for a time keeper of the King's gardens at Oatlands Palace near Weybridge.

Anyway, back to the point. John is wearing his doublet or cloak off the shoulder and is revealing a high quality shirt with what appears to be an integral collar rather than a falling band with some nicely worked lace which appears to run around the band but also continues down the front opening. This was quite unusual as this sort of decoration would not be seen if the shirt was worn in the standard way under a buttoned up doublet. Perhaps it was an indoor shirt? 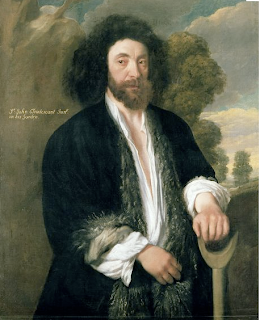 The second image shows John in a garden in another shirt, a much plainer example with no lace or falling band attached. He's also wearing a fur lined coat which presumably is to keep him warm as he only has his shirt on underneath. Notice the front opening extends almost as far as his navel. This is a standard sized opening on all the extant shirts in museums, although it seems rather uncomfortable for modern wearers but usually the opening was tucked away inside a coat or doublet. There should be two ties or strings at the top of the opening but they are either missing or lost in the detail of the painting. It's not possible to tell from the picture, but I suspect  that his cuffs are not gathered tightly, otherwise he would not be able to roll them up quite so expansively.
Posted by The Vicar at 03:17 No comments:

Odd title I know, but I liked the pun. 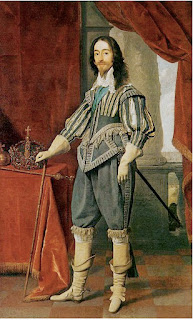 In the 17th century a girdlestead was basically the line of the waist of a doublet, but could also refer to the inside of the doublet where a line of metal eyes would be sewn in, especially if it was part of a suit of clothes with a pair of breeches. For many years, the accepted way to wear a suit, especially in the Elizabethan era and early 17th century was to lace together the two with ribbon or cord points. These passed through thread worked eyelets that lined up together between the waistband of the breeches and the doublet. This is what's going on with Charles's suit here when he was painted by Muytens in 1631. 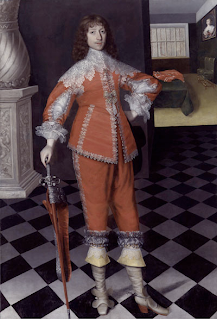 In the times before it was acceptable to use a belt for keeping your breeches up or braces being invented, this was the way to stop them falling down. Is the 1640s however this had developed into metal eyes sewn to the doublet and matching hooks on the outside of the waistband of the breeches. John Belasyse painted by Gilbert Jackson in 1636 has no obvious external ties joining his doublet and breeches. 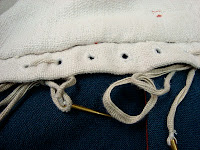 At first sight, from the perspective of the 21st century this seems to be one of those stupid fashions that flies in the face of practicality. At Shakespeare's Globe for instance it quickly became apparent in their original practice productions that fast costume changes are not possible in a properly laced doublet and breeches. A large pair of scissors was their solution. Photo on the right shows a detail from a reproduction doublet from the early part of the century. However joining the two had been used for centuries and hooks and eyes were used for a long period in the 17th century, up until the fashionable doublet became so short that there was a gap between it and the breeches to show off the shirt ruffles. Such a long tradition must indicate that this is a practical way to wear clothes. 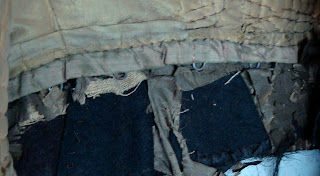 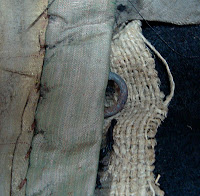 Several of the surviving doublets in museums have eyes sewn to the inside of the waistband. The Boy's Doublet in Abingdon for instance has two metal loops remaining in the waistband and the dark Isham one in the Museum of London (pictured) has eyes all around the waist. It's obvious from this that all classes, from ordinary boys to lords wore suits connected together with hooks and eyes. 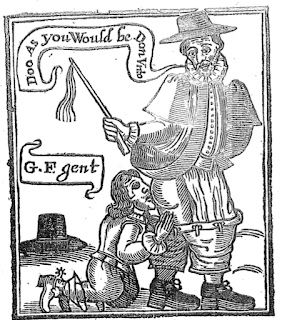 In a pamphlet from 1652 entitled "A Letter To Mr Marriott", the famous London lawyer is lampooned for his gluttony and apparently other salacious practices from the front page picture. What you can see however from the breeches around his ankles that if he had wished to keep them up, he would have hooked them into his doublet.


I'm not sure however how far this practice was carried out during the Civil War for those serving in the armies. There is no mention in any records of hooks and eyes being purchased for soldier's suits, whereas things like buttons are listed frequently. It would also be tricky if you had your own breeches to get an issued coat with eyes that matched the hooks. who knows, as there is no evidence either way we can't tell. However as I have related, it was something that a lot of men were used to, so maybe they went out of their way to customize their clothes. It would make a kind of sense.
Posted by The Vicar at 06:23 4 comments: 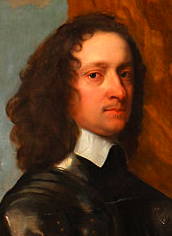 I have a theory which I shall back up with images that the older you were in the 1640s, the more facial hair you had. Most of the pictures I've posted here are details from portrait painters of the period, notably Dobson, Walker and van Dyck, though there are a few others. I've kept to those sitters who can be reasonably accurately aged and portraits for which I can capture a decent sized image.
It may be that on campaign it was difficult to keep the standards shown here, but as an officer, a clearly marked fashionable beard or moustache would have served to mark them out from rank and file

First up is the Earl of Sandwich painted by Walker. He's 25 and has the merest smudge on his top lip. 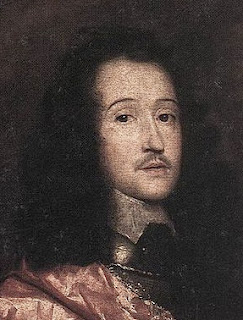 These guys, Richard Lovelace on the left and Thomas Killigrew below right were both about 28 when captured for posterity. Yet again, whether or not they could grow any more whiskers, both have seemed to opt for a top lip subtle moustache look. 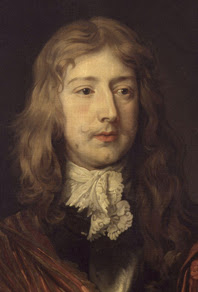 Both Thomas and Richard were royalists but seem to have taken very small parts in the course of the war. 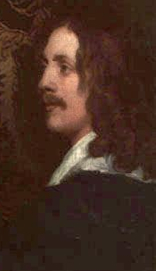 Charles Cotterell at 30 years of age. Good growth of moustach on the top lip. Painted with Dobson in Oxford. Cotterell served in the armies. 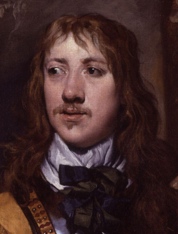 Richard Neville by Dobson at 30. First appearance of remaining whiskers below the bottom lip in this list. 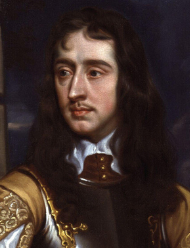 Spencer Compton, possibly a bit later than the first Civil War, but another subtle mo' sported by this 30 year old Royalist. 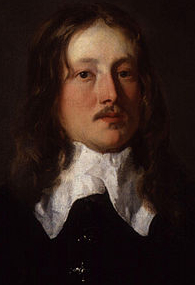 Henry Stone at 32. Nice mo' and that spot under his bottom lip. Stylish. He was a sculptor and seems to have missed the war completely. 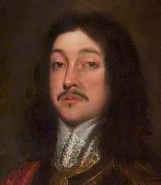 Richard Willis at 32 also. Small underlip growth and what would come to be known as a Cary Grant on top. Looks rather superior doesn't he? 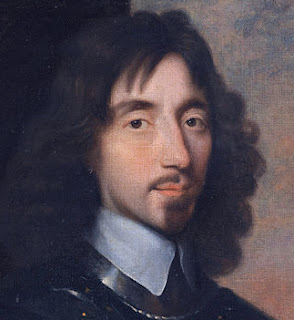 Thomas Fairfax, Black Tom from Yorkshire. One of the best parliamentarian generals and well groomed in the beard department. Tom has a neat, square cut goatee, getting slightly larger as he gets older I assume. Tom is 33 in this portrait as far as I can work out. 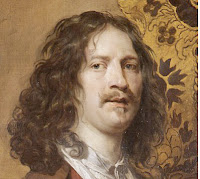 William Dobson on the left was 35 when he painted himself. Small underlip thing going on here. William Ireton (39) on the right however has a full set coming up, though moustache and square goatee, like his friend Fairfax are still quite defined in this portrait by Walker. Maybe this was Henry after a week on campaign?

Oliver Cromwell seems to have a small moustache and tiny lower lip beard. He was 45 I think when Walker painted him here . 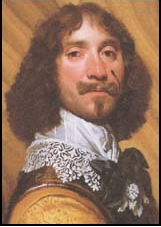 John Lord Byron below was also 45 when painted by Dobson. Nicely sculpted whiskers above and below the mouth. 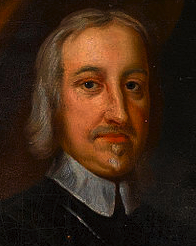 Conyers Darcy at 52. Beginning to opt for something that covers at least part of the chin. Conyers was a nobleman who spent most of the war in the Houses of Parliament. 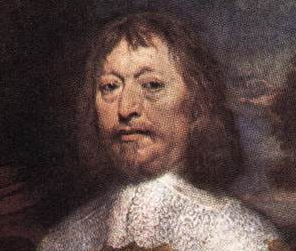 Endymion Porter painted by William Dobson at age 56. As above, the large goatee covers part of his chin. Endymion seems to have spent large parts of the Civil War at the King's side, though it's unclear whether he fought at all. 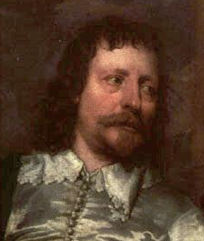 Nicholas Lanier, also painted with Dobson at 57 years of age. Big moustache and accompanying goatee beard. He was a musician at the court in Oxford. 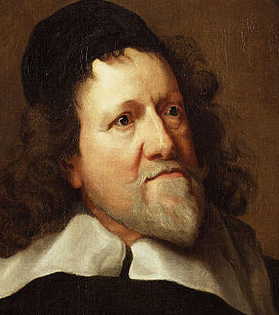 Two guys aged 65. Inigo Jones has the full set of whiskers and Sir Thomas Aylesbury a decently (for his age) wide goatee covering his chin. Aylesbury was a  Royalist and patron of mathematics. See comments below. 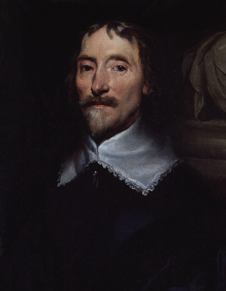 Finally a selection of images of Charles that show his facial hair as it changed over the years, from the well groomed King in 1630 to the image of the martyr with a full beard in 1649. Interestingly he seems to have plumped for a rather distinctive pointy style that no one else seems to have copied. 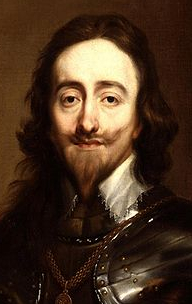 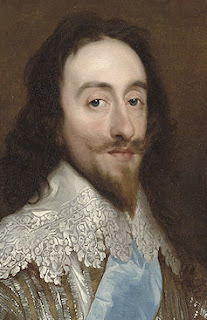 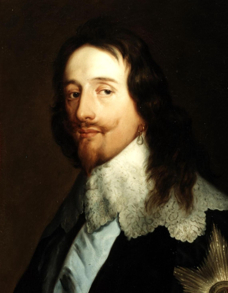 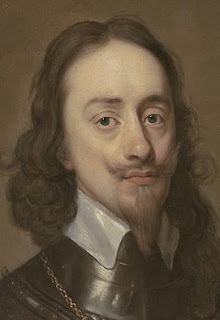 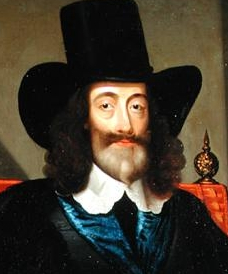 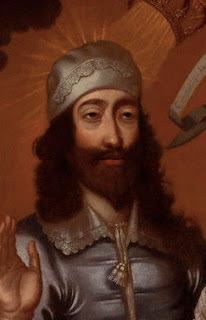