Some of the more sharp eyed among my followers noted a difference between the breeches I made in the last post and the ones I photographed in the V&A. The legs on the originals are finished with a plain band whilst mine were tied with black tape.

Here is a close up of the end of one leg of the breeches in the museum. It is a plain band that encircles the leg and there is nowhere to put a tie if you wanted one. In fact there is no need as the breeches are cut to fit the leg below the knee. So had I got this one wrong? I needed to look at some more evidence. 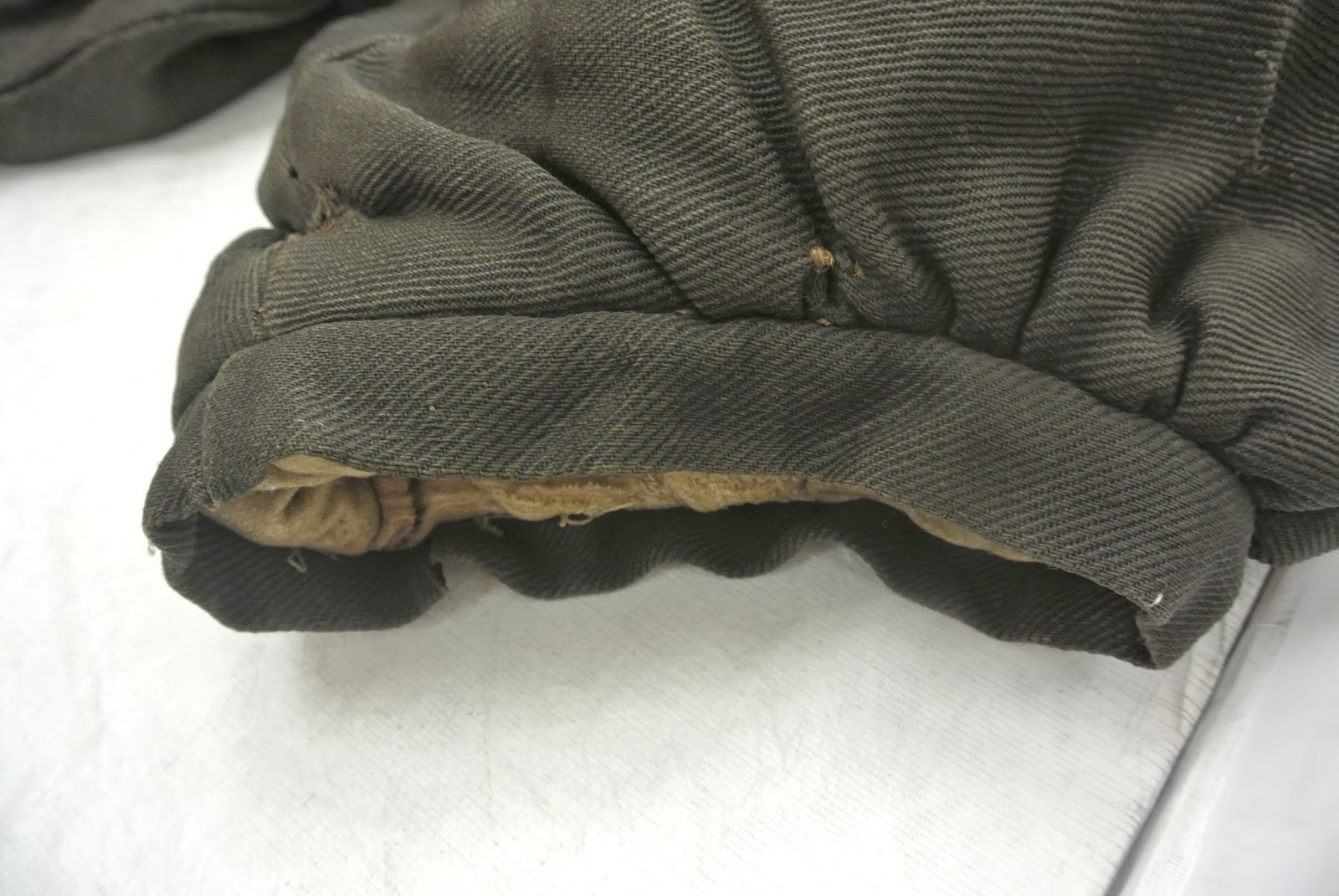 I wondered (as all the conventional wisdom I'd heard suggested that leg ties were used in the 1640s)s if looking at pictures might help solve the problem. I went to the 1640s Picturebook blog and clicked on the "breeches" tag to examine the pictures that had a decent image of the lower end of a pair. I took no notice of the status of the wearer, just the finishing of the breeches. If you are so minded, you can look for yourself by following this link. What I found was five basic types, examples of which I have copied below. As of time of writing there are 85 such images on the blog.

The first most numerous type is basic gathered legs with no visible ties or decoration. The type that is probably gathered into a small band. The example is from the English Improver Improved 1652. This type appears in 47% of the images. 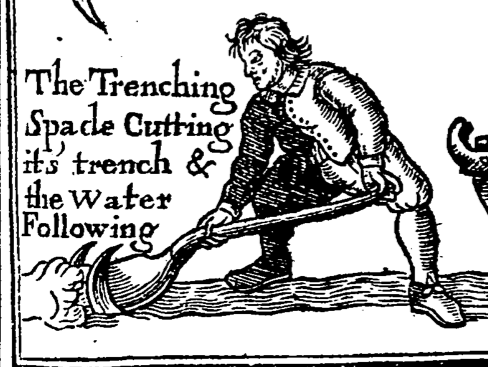 The second most numerous is breeches legs ungathered but decorated in some way, usually with ribbon though buttons make an appearance occasionally. 25% of images in this case. This example from The School of Artificial Fireworks 1658. 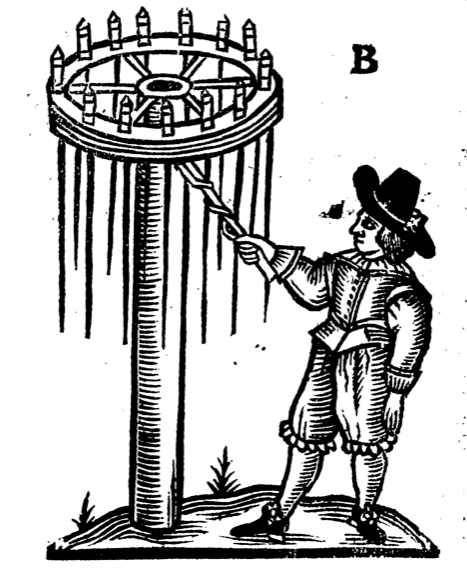 Third on the list shows breeches legs tied around with tape or ribbon, where the tapes pass around the outside of the leg. In this case the breeches can be gathered by the tape, but the tape is not a part of the breeches. 13% of the sample. This picture is from Corpus  Sine Capite  Visibli 1642. 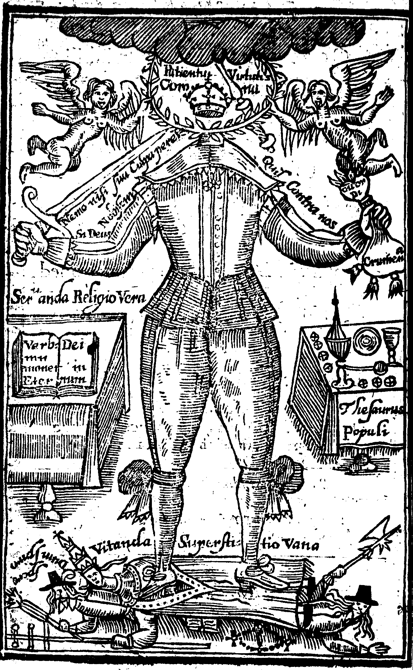 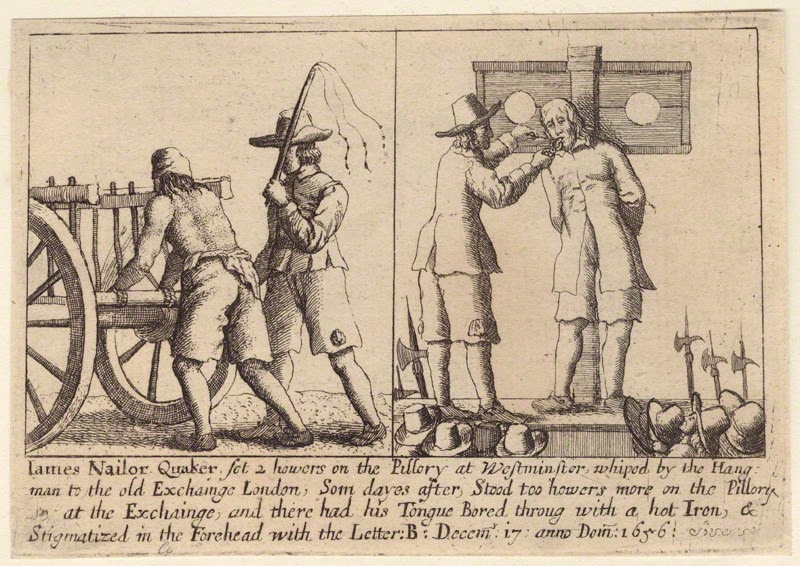 And the final section where it just looks like there may be leg ties attached to the breeches, but I suspect from the weight of statistical evidence that the bows are more likely to be garters to keep the hose up. 7% Shepherd's Oracles 1645 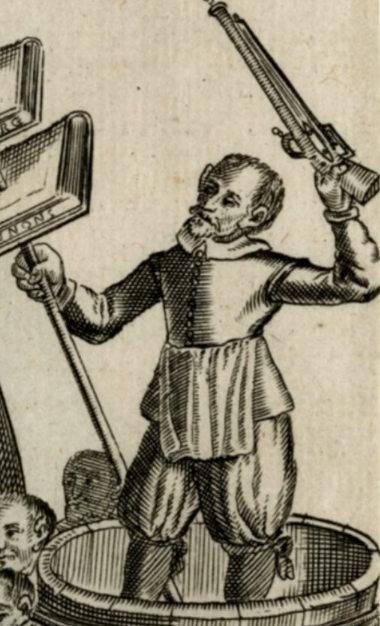 I'm convinced now that leg ties were not used on 1640s breeches, nor were they actually necessary. What you did need though was something to tie round your hose to keep them up. This I believe is the origin of the leg ties seen worn by some reenactors of the period.

Sometimes however things move quickly in reenactment. This quote was pointed out to me today. It's from the National Archive and contains the toughest of George Wood from 1645 on the costings of suits to be made up for the standing army. The reference number is SP 28/33 f 443