Just  to start it all off, a few thoughts about the 17th century shirt: 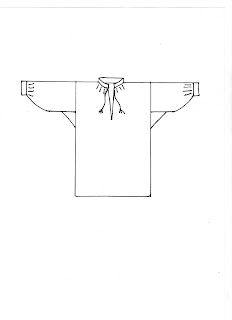 A seventeenth century shirt was made of unbleached linen, the fabric varying from coarse canvas to fine weave, and ranged from brown to off white in colour, although unbleached linen could take on a grey or even greenish tinge.

It should be cut square and long, with front and back each made of a single piece of fabric, gathered into a narrow neckband. It should also be long enough to reach mid thigh or even knee length. Notice Mr Marriot wears his shirt to below the knee. The side seams are left open for about 12 inches to allow the shirt to fit comfortably under a pair breeches.
The sleeves are cut square and gathered to a narrow cuff, which may be secured by ties, small buttons or a t-bar (like a fabric cuff link) if it's posh, with square gussets under the arms. There may also be smaller triangular gussets where the collar meets the shoulder seam, to give extra strength. 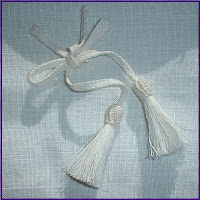 At the front there is a simple straight hemmed front opening large enough to let you put it on over your head. This opening is secured by a pair of ties, sewn to the collar or passing through a single sewn eyelet on each side at the neck. Here is a nice repro pair of posh ties by Gina B
The shirt as such should not have any more than a small standing collar of perhaps an inch and a half. To this a falling band may be tacked on. Shirts were not generally made with integral collars in our period. For common soldiers a small band can be used, just large enough to cover the standing collar on the coat.
This is one I made earlier, with a posh vicar's collar attached: 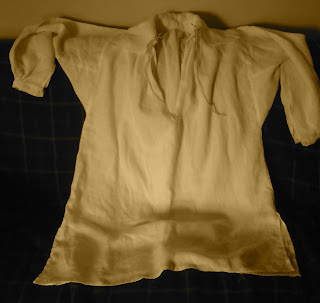 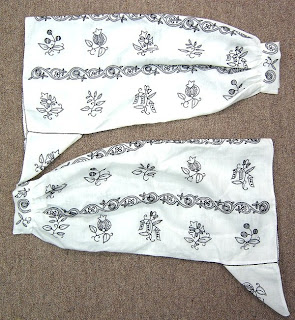 Here are a set of sleeves made up for a copy of a blackwork embroidery shirt in the Warwickshire Museum. Note the construction and the gussets. The picture comes from a blog that tells the story of how it was made. Well worth a look.


Here's another link to a page about an original shirt in the Gallery of Costume in Manchester.