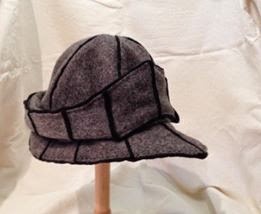 Recently I was commissioned to make a copy of a montero cap kept in the Musee de l'Armee in Paris. The cap to my eyes is faintly ridiculous, but it has a good provenance, though it's a reproduction and is labelled "Bouquinquan" which is apparently the French word for montero, tradition being that the cap was associated with the Duke of Buckingham and his ill fated attempts to involve England in the murky politics of France in the 1620s. Who knows? It's a good story at least.

Anyway, below is a photo of the hat in the museum. Maybe you can understand my reticence to make it? 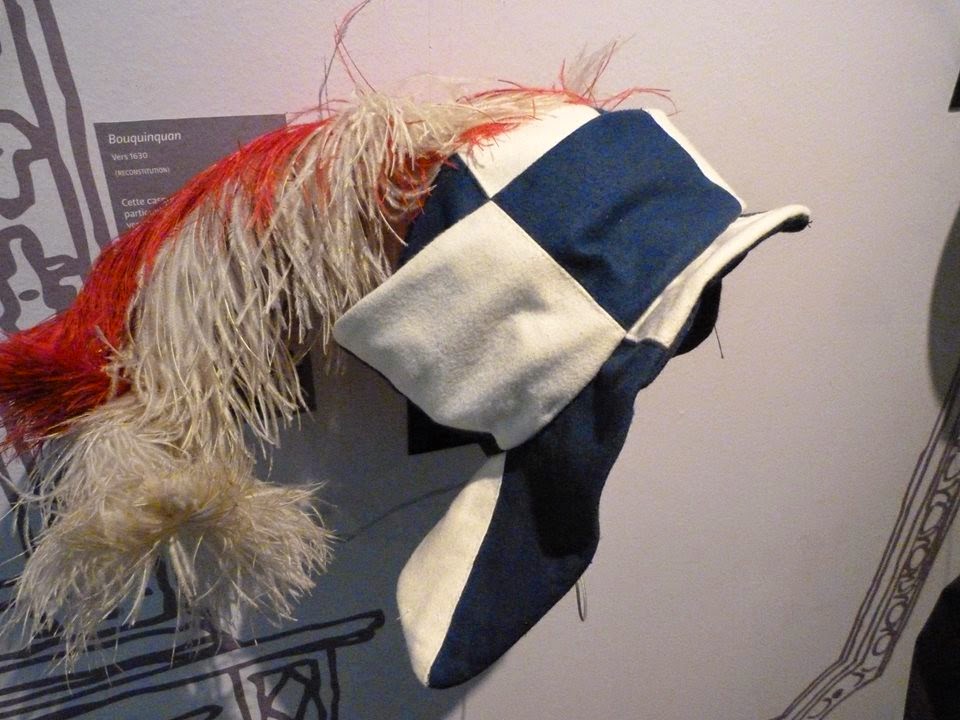 Eventually it was agreed that I'd make a hat inspired by this example rather than an exact copy and I set about looking at pictures trying to get a handle on what was going on. What had intrigued me about this one was that the peak extended all the way around the cap, forming a kind of brim. You can see it better in the photo of the underside. If you compare it with a montero worn by Thomas Lunsford in an engraving from 1642, you can see a similar thing going on albeit in a smaller scale. 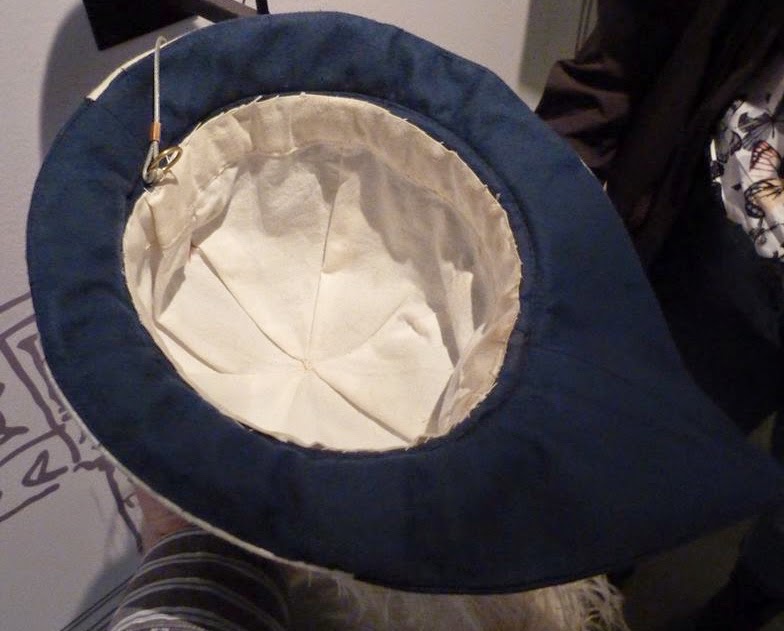 I was wondering if I'd missed something in the construction of these hats. A similar style is worn by a musketeer in a drill book published by Thomas Jenner in the same year. The brim is more pronounced, but in this picture it is obvious that it's not a continuation of the crown as I'd previously thought, but a completely separate piece, because the decoration of the two parts is different. 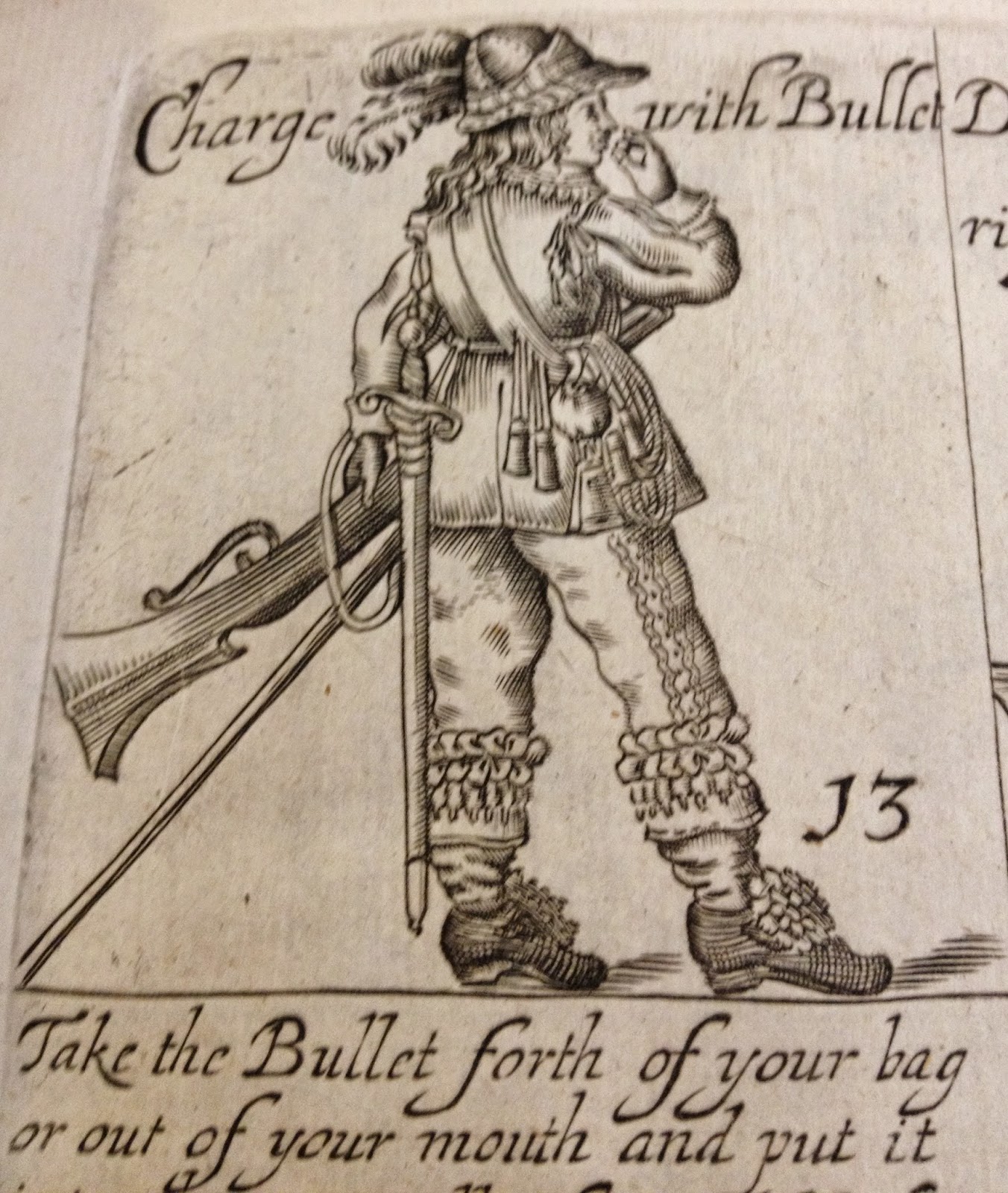 Here are some more french illustrations of the period that bear out the new theory. 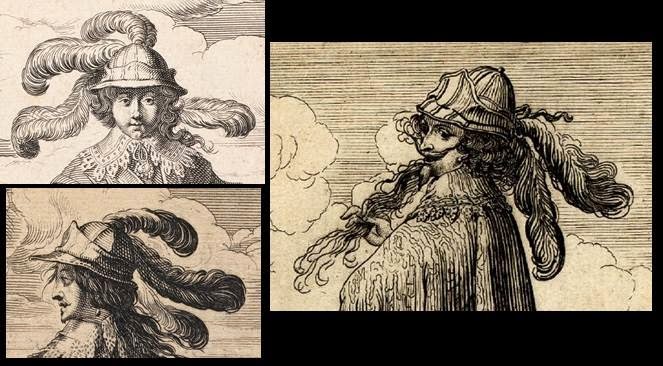 The odd thing is that apart from the above picture bottom left, the folded skirts are so thin as to presumably be no use as protection when unfolded, though my pet theory is that these are all high class caps with decorated seams aplenty and as such probably wouldn't have been designed to be folded down at all. Especially with the wide peak/brim extending around the hat in some of these examples.

In fact, reading up on this, admittedly specialist subject, there seems to be an idea that the folded part of a montero consists of a solid rectangle of fabric, rather that than having a cut-out for the face. Julian Tilbury & Stuart Reid in  Clothing of the English Civil War Armies and Richard Duthie in ECW Notes and Queries have postulated this theory. Some pictures seem to suggest that, but on reflection this is also rather an odd idea Why would a tailor bother to make the skirts unfold-able if there was no hole? You would completely cover your face when you rolled them down. A tale of a deserter trying to sneak into Nottingham with a 'montero about his face' suggests that these caps were on occasion worn unfolded. This detail (below) from a painting by Pieter de Snayers of Troops at the Siege of Aire Sur la Lys from 1653 clearly shows a soldier with his montero unfolded, face peeking through the hole. It also indicates a front seam as you can see it's coming apart. This seam is one of the tricks that makes the tricky geometry of a montero skirt possible. 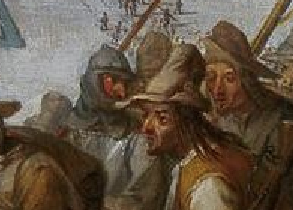 And this cap, being worn by a trooper in a poem by John Quarles published in 1658 is definitely one with enough spare to pull down. Imagine riding a horse blindfolded in a montero with no cut out for your face. Not much fun! Interestingly this one has no discernible brim which would tally up with the theory of a brim making it hard to unfold the skirts. Maybe the decorated brim is for the higher class, officers and musicians, whilst the common soldier's montero, being designed to keep you warm would have a wider skirt and a narrower brim. Until more evidence comes to light, we probably won't know for sure! 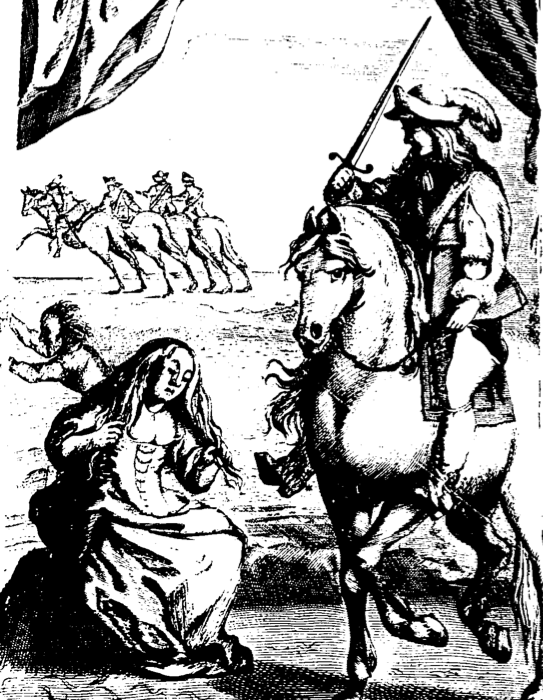 Anyway, I digress. To conclude, here are two more pics of the new style. I think the brim is a tad wide and it shuld stick out at the back, but I'm still experimenting with this new idea. The decoration by the way is welted seams and edges with flat fingerloop braid for the skirt and prim. 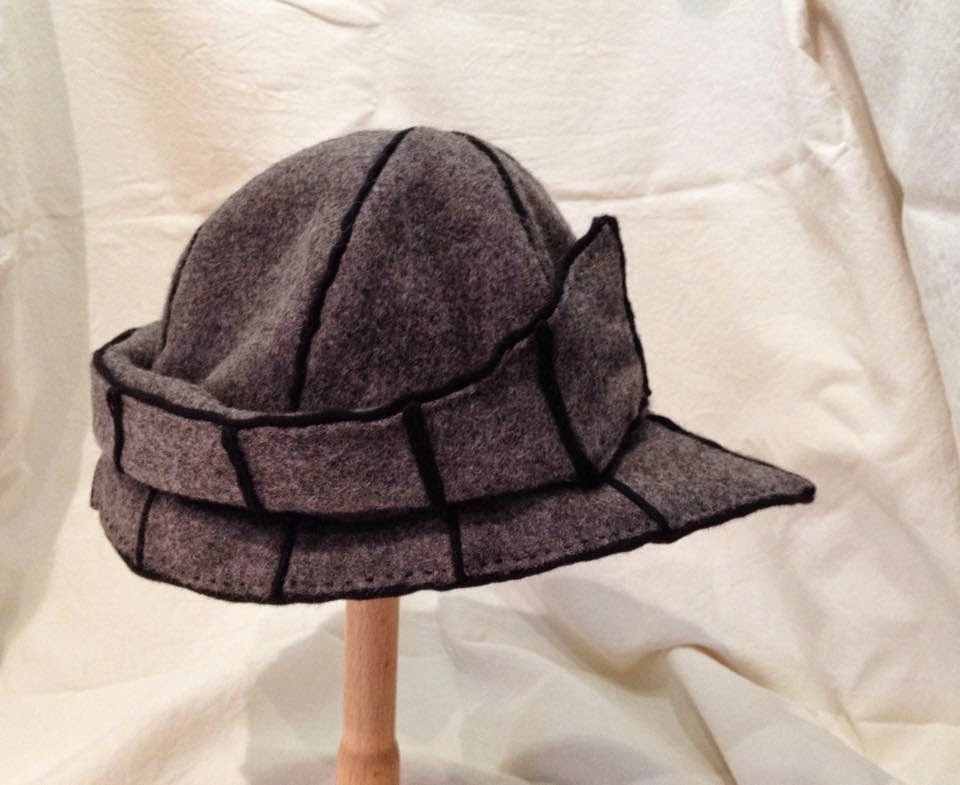 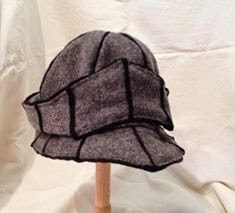