How To Make Wool Buttons 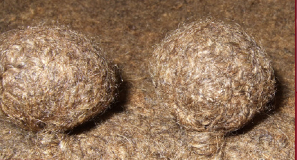 There are several schools of thought as to whether cloth buttons were used for soldier’s coats in the Civil War, as none have ever been found, there is no way to know for sure. We know that inventories show that buttons were bought as part of the makings for issue coats, though presumably these were metal ones as cloth buttons can be made as I will demonstrate from the waste fabric left from cutting the coats. There are lists that make plain that there were not enough buttons were bought for a coat and breeches, so maybe the extras were wool, there's no way to tell for sure.

There is however a long lineage of fabric being used as a cheap easy source of buttons. Buttons made in a similar way to the my personal method have been found in medieval London, on a woollen jerkin found on the Mary Rose and in several finds from after our period. The Gunnister Man from Shetland, late 17th century had these cloth made buttons on his waistcoat. As you can see (above), they conform to the period type, spherical and attached to the garment with a single shank. Although later than this period, the Gunnister finds are worth investigating.

If you follow this method, you will easily be able to make your own serviceable fastenings that match your coat. There are other ways I'm sure to make a button from wool fabric, but this is the one I like and it seems to work well. 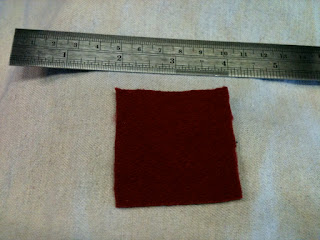 Start with a square of woollen cloth and a nice long piece of well-waxed linen thread. You will need to experiment with the size of the square as the thicker the wool, the larger the piece needed to make a nice solid button. The wool I’m using makes a good one with 2” square, although I could have made them even smaller, these spaced out to 12 down the front of the coat I was making. 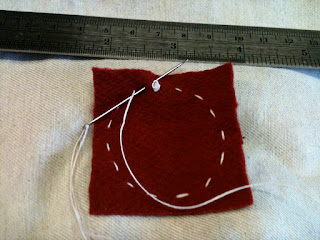 Sew a circle of running stitch within the square. Don’t make the stitches too small or the next step will be quite tricky. 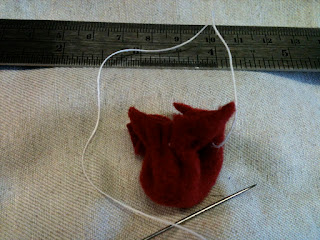 Pull the end of the thread to make a loose bag. 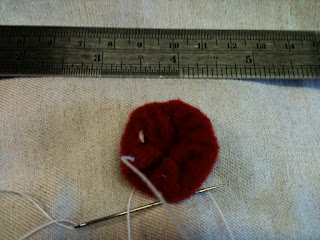 Tuck in the corners and pull the whole thing together more tightly with the thread. Tucking in the edges in this way means you don’t need to stuff it with anything else as the corners provide the stuffing. Flatten it out with your fingers so you have a “mini bonnet” 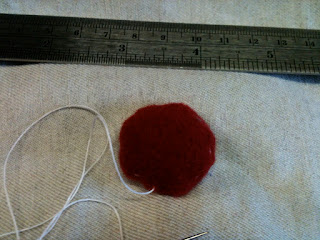 Put another line of running stitches around the edge of the “bonnet” and use these stitches to pull the button tight a second time. 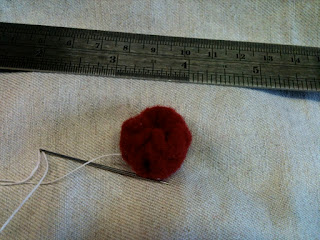 Sew across the gathering, crosswise, paying close attention to any lumps sticking out and taking a little more fabric every time. 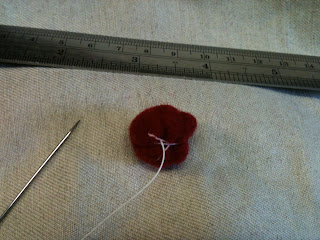 Each time you put in a stitch, pinch the button tightly and pull the thread taut. 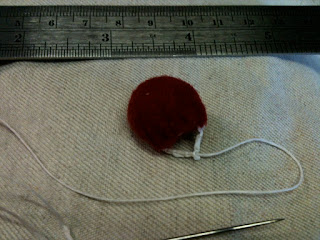 When you have a nice tight ball, use the remaining thread to make  2 or 3 small loops. Don’t make the loops too large or the resulting shank that holds the button to the garment will be too long. Go around the loops with buttonhole stitch to reinforce them, finishing up in the centre of the loop.

Use the end of thread to sew the button to the garment. When you’ve done that, reinforce the loops with buttonhole stitch to create a shank. As you move up the shank, the knots will pull the button tighter, although it should be pretty firm by this point. The button on the left is the finished one, the one on the right newly sewn on. 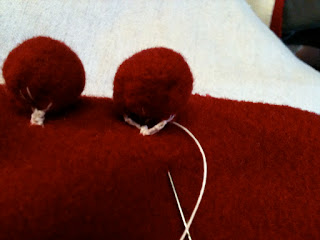