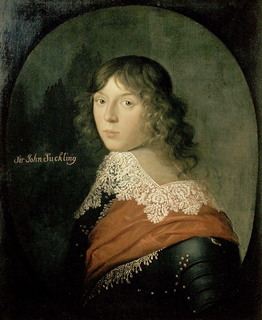 Evidence is thin for any clothes in the 1640s but in particular for accessories. Generally though it seems for most that some kind of linen was worn around the neck between the standing collar of the doublet or coat and the bare skin. The complicated ruff of the Elizabethan age had all but gone, only worn by a few older gentlemen and had been replaced by the falling band, generally separate to the shirt but often it seems temporarily attached by pins, ties or maybe even tacked stitches. Experiment shows that a completely unattached collar will eventually pull free or twist round. Sir John Suckling the Cavalier poet wears a rather fine band here. 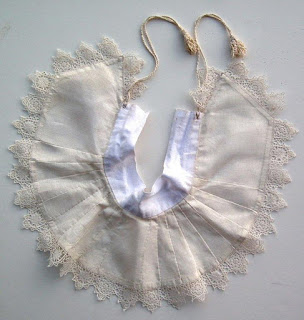 Bands were made of a rectangle of linen, the smaller ones just that, and the bigger more ornate examples shaped so that they would lie nice and flat around the back of the neck with darts. The band would be sewn to a strip of linen that fitted the neck and ties attached to close up the band when worn. This example, made by Mark Hargreaves of The Household includes bobbin lace from The Tudor Tailor. Ties could be plain strips or woven strings, often finished off with ornate tassels. Band strings can be made by twisting two or more threads together. To make as sting you need to begin with approximately three times the length of string you want to finish up with. 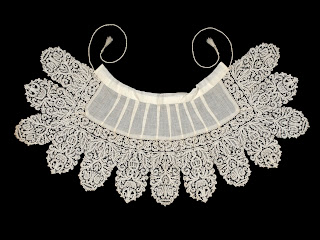 High quality falling bands were decorated with bobbin lace, sometimes having so much lace that the plain linen became almost invisible. This one is in the V&A Museum of London, image courtesy of the V&A Image search also shows nicely how darts are used to shape a rectangle to fit around the neck. 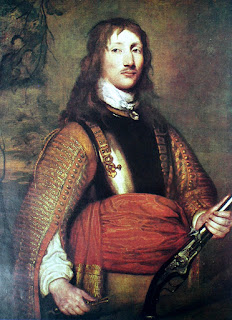 Large laced bands seem to have been tied up for ease in battle, several portraits show ribbons being used to gather the ends in although most woodcuts from the period show plain bands being worn, even by some quite high ranking officers and army commanders. This officer painted by Dobson has just knotted the ends of his collar together. 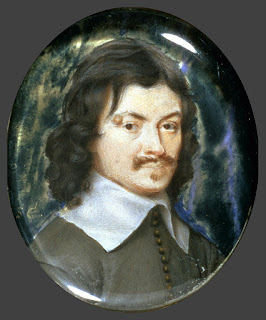 William Fairfax in contrast has a rather austere, plain linen band. 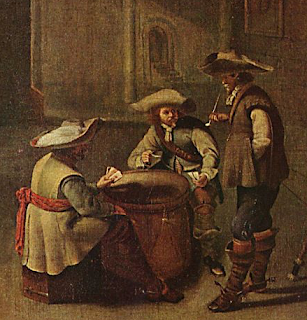 In general however, it is unlikely that any shirts made on contract for armies would have had even a simple collar attached. The jury is out over tied neckcloths being worn by soldiers in the wars of the 1640s, but common sense would seem to dictate that a simple knotted strip of linen is a practical solution for someone on campaign. It would prevent rubbing and would protect the shirt underneath from dirt. This picture, Soldiers in a Guard House by the Dutch artist Jacob Duck shows neckcloths being worn during the Thirty Years War on the Continent. Several paintings show something like this being worn in Holland well before 1660 which is when it is generally accepted that the cravat was introduced as a fashion item to England, via the court of Charles II. 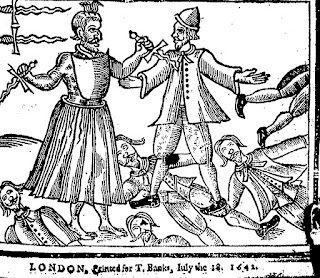 This woodcut of sailors being slaughtered in the South China Seas shows the corpses wearing what are plainly knotted cloths around their necks. Whether this is because they are sailors or if it was also a standard item for soldiers is not obvious though.